Illustration of the memristor in electrical network theory. Image from Wikipedia, produced by Parcly Taxel.

In 2008, researchers at HP Labs announced their discovery of the memristor, a type of electrical device that had been predicted by Leon Chua in a 1971 paper titled, “Memristor– the missing circuit element.” Memristors have been in the news again recently due to HP’s announcement of a bold new computing project called The Machine, which reportedly makes heavy use of memristor devices. Thanks to the sudden attention being paid to memristors in the past few years, we now know that they were with us all along, and you can even make one yourself with a few simple hardware items.

Since I teach my department’s introductory course on electronic devices, I’ve been studying memristors to see if it’s time to add them into the basic curriculum. During my reading, I started to notice a small percolation of skeptical voices. They appeared in popular science magazines, blog posts, and comment threads, and said some very unexpected things, like “HP didn’t really invent a memristor” and even “the memristor may be impossible as a really existing device.” I soon noticed that several of the critics were published researchers, and some of them had published their critiques on the arXiv, a preprint site used by credentialed researchers to post draft articles prior to peer review. The skeptics reached their peek in 2012, but fizzled out in 2013. One of those skeptics went out with a bang, crafting a bold conspiracy theory that still echoes in discussion fora and in the comment threads of tech industry articles. This post chronicles the rise and fall of his career as a memristor scholar. I also offer some speculation as to how the debacle could have been avoided.

END_OF_DOCUMENT_TOKEN_TO_BE_REPLACED 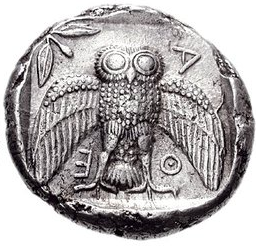